About Our Specialising Areas

We at Blue Chip Real Estate specialise in the following areas:

Our office is based in Burswood and has been since 2008, our Burswood specialist Barbara Holmes also lives in the Burswood Peninsula meaning she constantly hears about what's coming up next, and is in regular contact with residents, building developers and other agents to stay well informed.

Blue Chip decided on Burswood when there was talks of 4 potential suburbs to have the new Optus Stadium, luckily we won the gamble on locations as shortly after it was announced Optus Stadium was being built in Burswood which meant enormous potential for growth in the area.

Burswood is surrounded by the Swan River, Crown Casino, parklands, walking trails, the Optus Stadium and the Matagarup Bridge. Have a look below on how Burswood has evolved in the past years.

Our Licensee Leanne, Sales Representative Jim and Business Development Manager Allana all live in South Guildford, they have noticed the potential for growth in the area since the golf course was rezoned for residential development.

In the past 5 years we've seen prices on the rise and the area becoming more dense in population with the majority being families.

Allana having a young family of her own is in regularly discussions with neighbours, shop owners and property developers in the area and is always in the loop with what's going on. South Guildford is only 15 minutes from the city and is surrounded by bushland, wetlands, playgrounds, and many walking trails and is welcomed by those who want a piece of nature but still want to stay connected to the central Perth area. The sense of community in South Guilford is amazing, with all residents knowing most of their neighbours and most shops/cafes being locally owned.


As well as specialising in these areas we service properties all the way South from Mandurah to all the way up North to Clarkson. 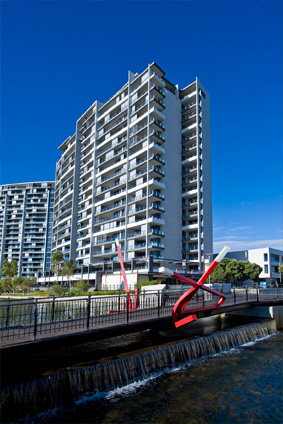